I have a nice little rustic house project to share with you today..

I used a paper mache house, which splits into two halves for you to transform it into a keepsake or gift box. 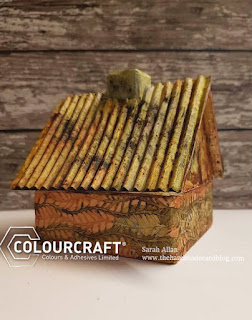 The first stage was to cover the whole house including a sheet of corrugated card (from an old box that I upcycled) with a coat of white gesso. 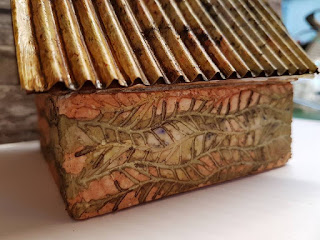 The next stage was to apply Brusho to the corrugated card, I used Moss Green, Sandstone and light brown,  spritzed with water until it looked just right, then dried with a heat tool.    Once dried it was time to repeat this process with the lid of the house. 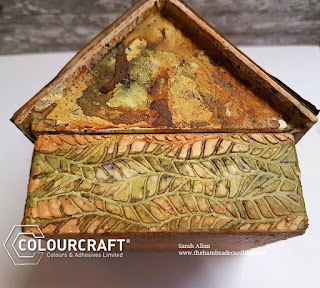 Next step was to tackle the base, I used some texture paste and a stencil to create a pretty base for the house, that was along the lines of brick effect, but with a nice wavy twist.  Once the texture paste had completely dried I added brusho to the surface, spritzed with water and dried. 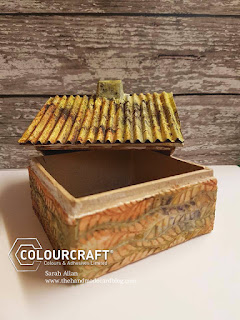 The sheet of gesso'd and brusho'd corrugated cardboard was then trimmed to size and adhered to the the roof using glue and allowed to dry .. 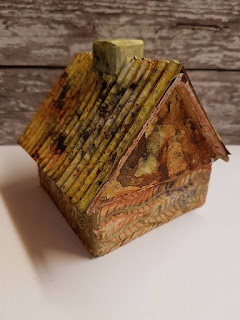 and there we have a fairly easy project altering a paper mache house into a lovely looking rustic mixed media house :) 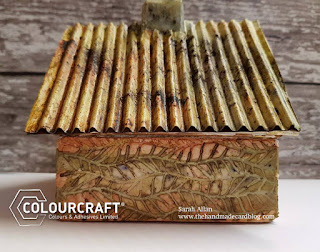