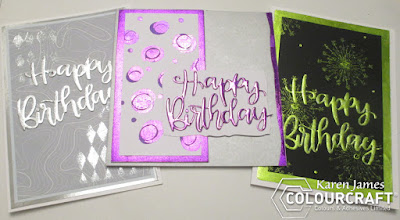 I've been wanting to test out Colourcraft Transfer Foils for some time and finally sat down to test some colours with ColourCraft Flexi glue to create a few cards. Love the results! I'll share with you what I did and what I learnt... 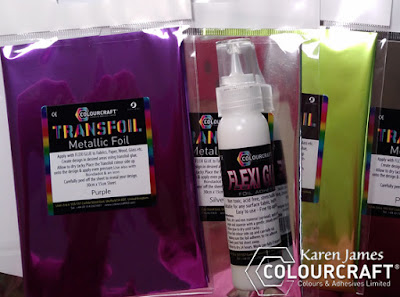 Could the foil and glue combinasion be used with a stamp? Oh yes! I sponged some glue on to my stamp and stamped this repeatedly on textured paper. I immediately pressed on the lime green foil, burnished over this with the back of my thumb nail (you could use a tool), left it while I cleaned the glue from the stamp and then peeled back the carrier sheet to reveal the super pop of colour as the foil is left behind on the glue. I think the coverage is great and this would probably be even better on flat, untextured paper. 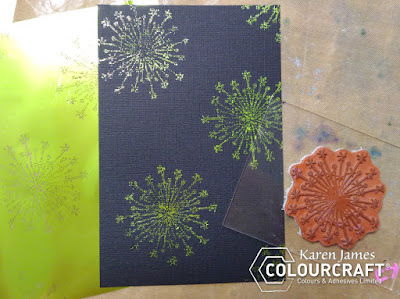 To decorate my card, I marked the corners of the black panel on to a card base and stuck down strips of double-sided tape. The piece of foil I had used still had plenty of foil left on it so I stuck this down on to the tape, going back over any areas where the foil was missing. 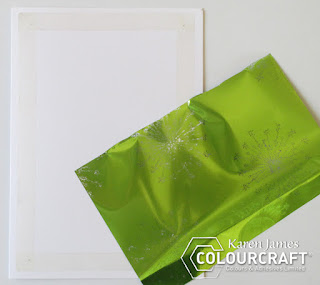 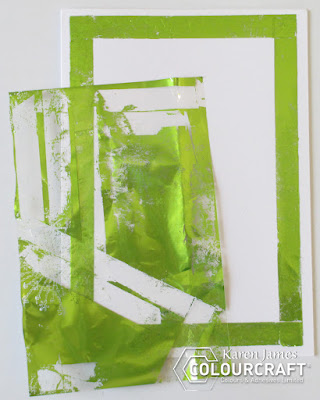 The black panel was stuck down, leaving the matching foil border all round. I then die-cut the sentiment from some double-sided foam and stuck this down on to the card. I lifted the carrier paper from the foam and transferred the foil as it stuck to the foam. Lifting the carrier sheet from the foil revealed a lovely foiled sentiment. I then added some spots of flexi glue directly to the card in the centre if my starbursts and in a few other places and left this to go clear before rubbing more foil over the top to transfer more little pops of green foil. The critical point to apply the foil is when the glue is clear and no longer liquid but hasn't dried completely so it is still tacky. 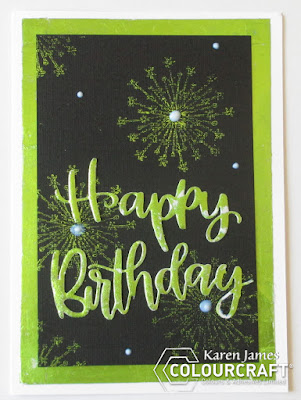 You can see above when the glue is first applied and below after the foil has been transferred. As my piece of foil had been well used by the time I did this stage, I also found that rubbng a tiny amount of glue over the die-cut allowed me to fill in more foil over patchy parts of the transfer. If you compare the two 'y' in the photos above and below  you'll see this was very effective. I love being able to coordinate everything like this too: I didn't have to hunt around for things to match! 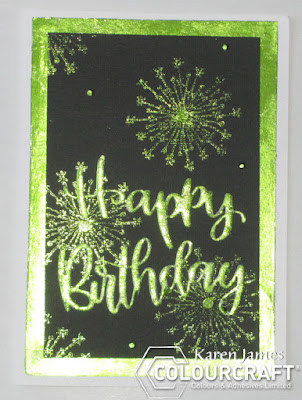 So, what about using the glue through a stencil? Yes again! Using the same sponge that I'd used for the stamp, I applied the glue over a stencil on to scrapbooking paper, lifted the stencil and pushed on the silver foil, leaving it there while I washed the stencil. In hindsight, I would probably put a thicker layer of glue on next time, but I still love how this turned out and it still has a super shine. 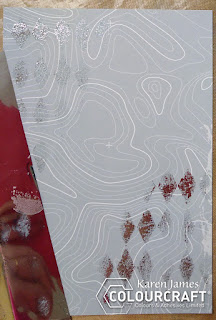 To finish this card I layered the paper on to some card mats and again die-cut some double-sided foam and carefully stuck this down on the card. Here the bare foam is shown: 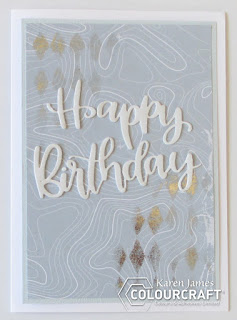 I removed the carrier film from the die-cut, revealing the sticky foam and laid the same piece of foil I had already used over the top, choosing a part which still had plenty of foil remaining. I rubbed this to transfer the foil and lifted away the carrier sheet. My card now has a beautiful, professional looking foiled sentiment! As I already had some silver foil card, I used this as an additional matching layer. 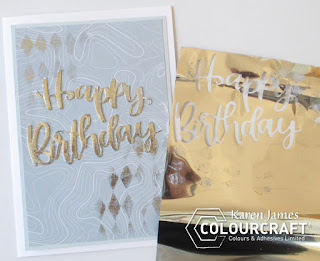 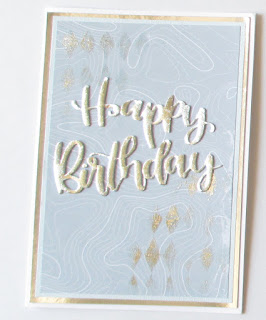 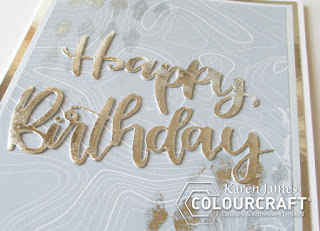 I used a second stencil, this time a two-layer stencil, inking the first layer then using the foil to highlight over these shapes. 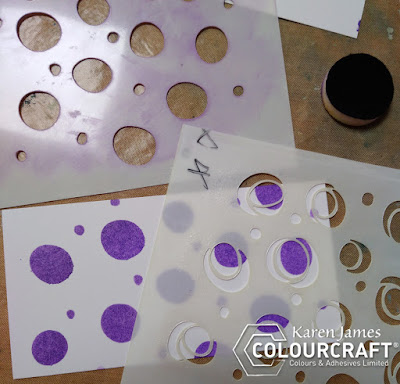 This time, to create a panel for the piece of card, I cut a rectangle of double-sided foam and covered one side with a slightly larger piece of foil. 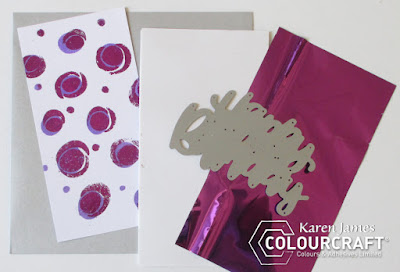 Knowing the centre wouldn't be seen, I used it to die-cut the sentiment and then removed the carrier sheet from the foil. I think the pressure of the machine gave an even better finish to the foil so, although it uses more foil, it may be better to transfer the foil before die-cutting. 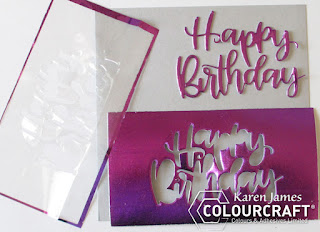 I stuck my white piece of stencilled card over the purple panel and used another piece of white card to mount the text on to. I then cut a wavy edge to the card front, stuck a strip of double-sided tape up the inside edge and foiled that too. It adds more interest and decorates the inside of the card as well as the outside. 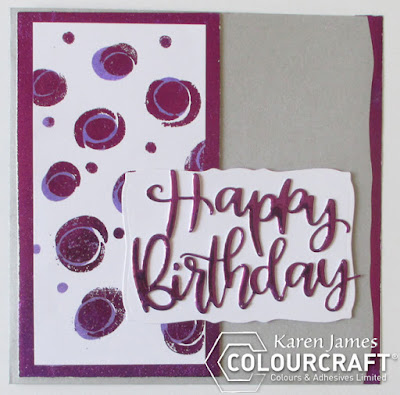 So, without having to splash out on expensive heat foiling machines that I might not use often, I had a great time transfering the foil to stamped and stencilled patterns, double-sided tape and foam and directly on to the glue where I'd made my own patterns. The nozzle of the Flexi-glue is fine enough that the patterns could easily be more elaborate than the random dots I created. This glue is also suitable for fabric and wood as well as paper and card so there is lots more experimenting to do! The foils are super shiny and transfer easily and give another dimension to card-making.

Have you tried these foils? What is your favourite technique with them? I'd love to know if you have a technique or project to share.

Supplies:
Flexiglue can be < found here > and the selection of foil colours can be seen through the link below: