Into the Forest using Brusho Crystals by Karen 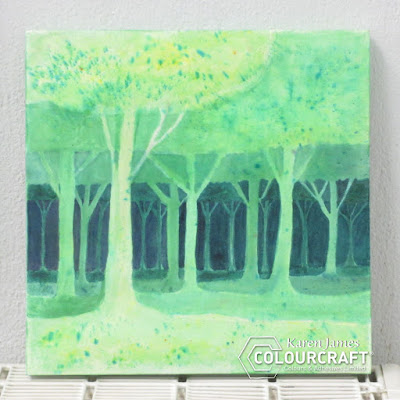 I started this project thinking I would create a piece where the negative space is painted progressively darker but, as you'll see, I quickly strayed from my intentions! I'll save a negative space painting for another time. However, I love the depth that using just five layers of colour can give and it is so easy to do. 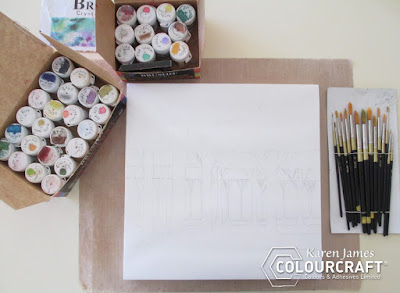 My materials were a 30 x 30 cm watercolour panel, my Golden brushes, my Brusho Crystal Colours, a spray bottle, a pencil and some water. I sketched on to my panel roughly where I wanted my layers of trees to be and sprayed the panel with water.

I created a first layer of colour by sprinkling over the whole panel with Leaf Green, Lime Green and Lemon Brusho colours. With the trees already sketched in, it was too tempting to colour them rather than the background and I used a wide brush to move the colour around to make sure I got the first tree with its canopy and ground layer filled in. 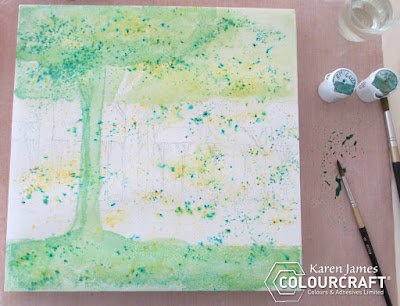 For the second layer of colour, I used Emerald Green and Leaf Green, again sprinkled on and spritzed with water and then painting around the first tree with a slightly finer brush. 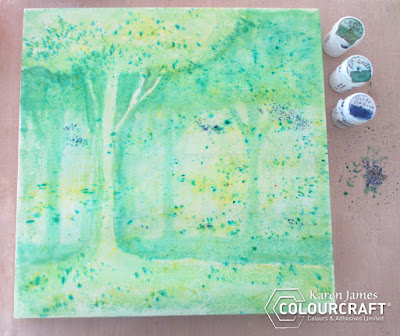 For the third layer I added some Ultramarine to get a darker green. 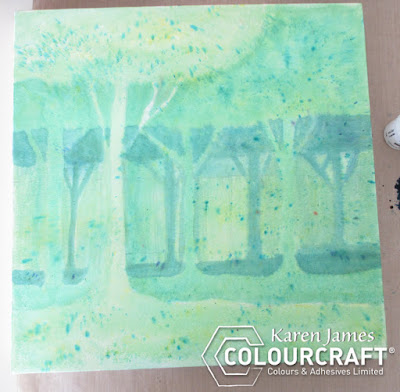 Next, I used Prussian Blue mixed into Emerald Green. I love the effect sprinkling the Brusho gives but this became harder as the spaces became smaller and I didn't want to risk getting dark colours on the lighter layers so I opted for a progressively smaller brush. 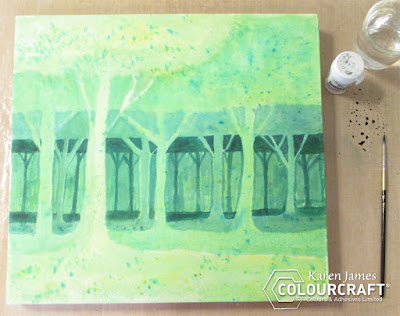 Finally, a little Purple mixed into these. I wanted to go towards Blue-Purple to make the yellows in the first layer stand out more. This mix was then painted in to the negative space between the final layer of trees. 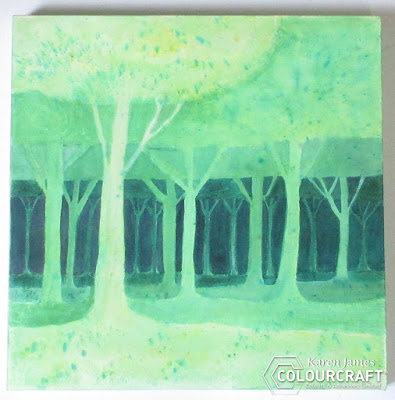 This might eventually be a background for something living in the forest but, for the moment at least, I am happy to let imagination work on what might be hiding in the depths!

Thanks for stopping by.
Karen
x