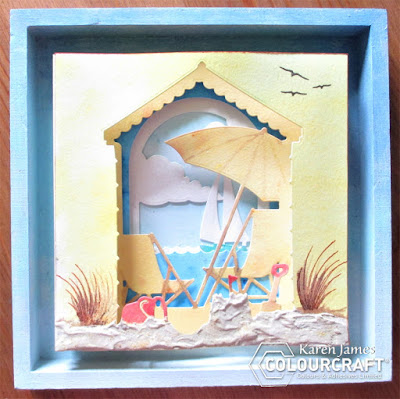 It is pouring with rain as I am writing this but I am imagining looking out from a beach hut over a sunny beach scene! To create this scene I started by misting four pieces of heavy weight watercolour paper with water and then sprinkling four with different Brusho crystal colours and one with Pearl SprinkleIT powder to create a nice pearly white shine. I made sure my background piece was kept light in colour by brushing out just a light sprinkling of colour. 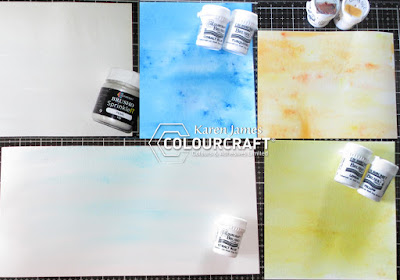 Once dry, these four were die-cut to create different layers of the scene, leaving the background in to which I created accordion folded sides. 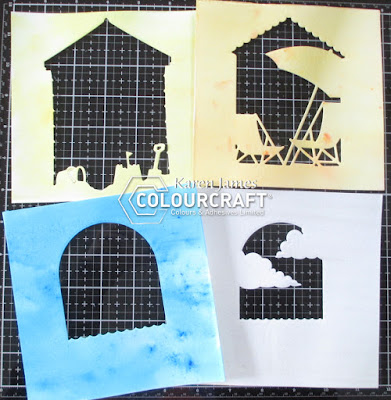 For a focal point I coloured a small piece of paper with Emerald Green Brusho and cut the yacht from this and a scrap of pearly paper, layering the two together and gluing them to the pearly paper layer so it is behind the blue waves. 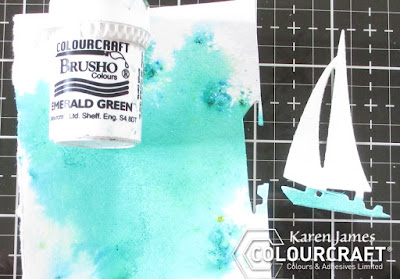 To give the scene some texture I used a little pot to mix some grunge paste with orange and light brown Brusho crystals and then, as this became one tone, I added a little dark brown Brusho Crystals and some Iridescent Gold SprinkleIT, without mixing them in, to get the mix of sparkly colours that sand has. I added this fake sand to the scene with a spatula then sprinkled more SprinkleIT over the top. The effect doesn't show well in the photo but it is very pretty. 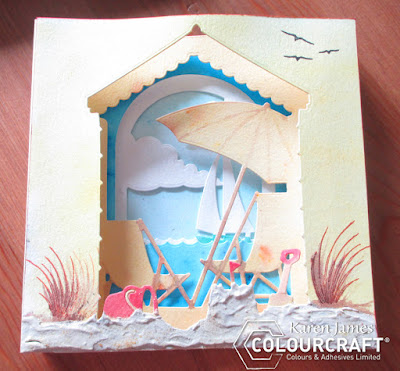 I added some details with a thin brush and Dark brown Brusho to the orange layer to give the chairs and parasol some dimension and coloured the bucket and spade details with Brilliant red Brusho. I added a bit of stamping and, finally, I glued each layer on to the front of an accordion fold to keep them spaced apart and give the scene depth. 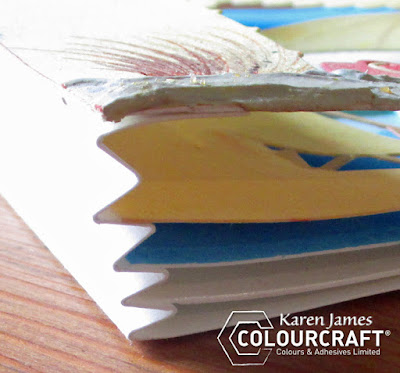 By happy accident I spotted a box I had painted for a different project and I think it houses the scene perfectly. Now I just need some sunny weather!

Thanks for passing by today. I hope it is sunny in your part of the world.
Karen

The SprinkleIT powders are found  < here >